The municipality of Balilihan is located in the interior part of Bohol. It is said to have been so called because of the grass (balili) which grew in abundance in the locality. Balilihan means “a place where plenty of grass grows.” It is said to have been organized as a municipality in the 1828. It used to be a part of Baclayon and was sparsely settled. The seat of government was in the then sitio of Bay-sa-Iring but was later transferred to the present site because of the scarcity of water in that area.

In 1902, there was a move to fuse this town with Antequera but was vigorously opposed by the people. The following year, the municipality of Catigbian was annexed to Balilihan under Act No. 370 of the Philippine Commission. In 1879, it had a population of 5,998. 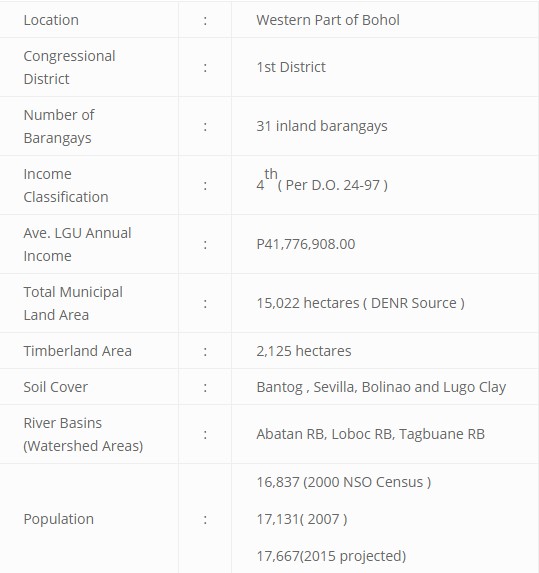